Yesterday, Suffolk returned to division 1 in the May 2021 edition of England’s monthly inter-county blitz, organised by International Organizer, Alex Holowczak.

Everyone played well and as always, we had very consistent scoring all the way through the team. Thanks to everyone for playing, it was another great team effort!

Assuming it is the same format as usual, the bottom three will be demoted, which means that Suffolk has managed stay in the top division – so very well played again to everyone. 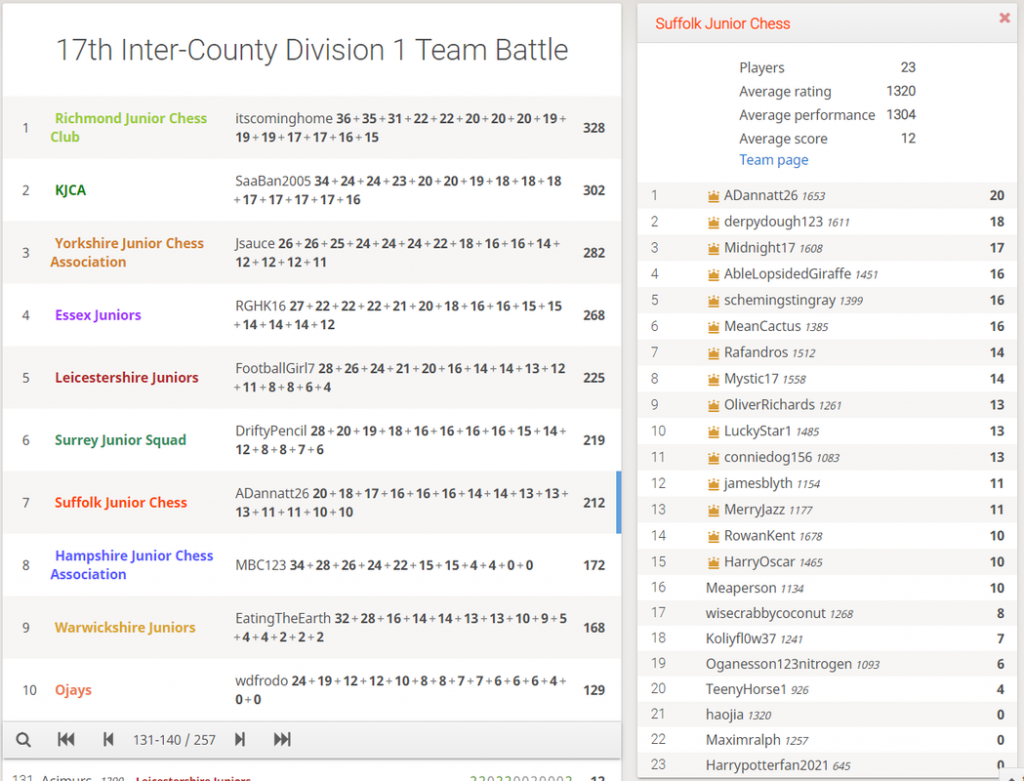 It’s always difficult to pick out special games as there are so many, but one particular game that caught our attention was OliverRichards (1261) v yoda794 (1741). What was impressive wasn’t just that White ended up winning a game against someone rated almost 500 points higher, but also the active, courageous and tactical nature of the win. After a Ruy Lopez (Spanish game), the following position arose where White started throwing ‘Tal-like’ tactics at Black’s under-developed formation. 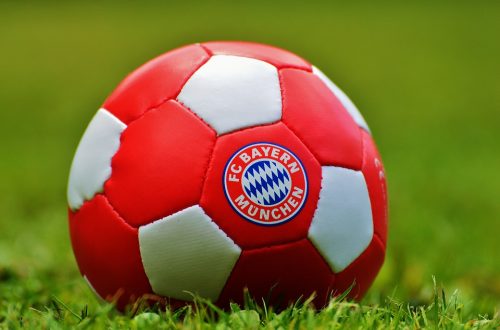 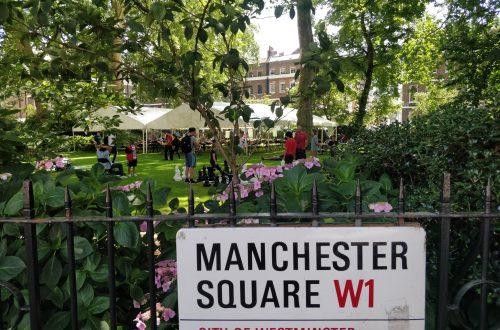 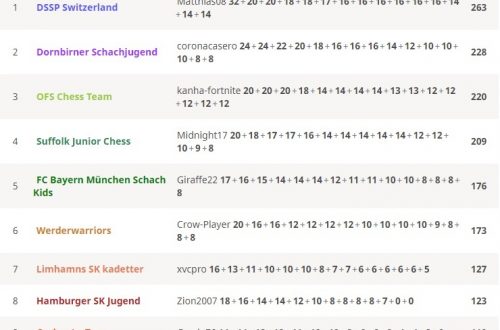